There are a few films that leave me feeling utterly inferior. Some of them devastate me emotionally, some hammer me mentally until my brain is jelly, and some simply make me feel like less of a man just by watching them. Meru is a prime example of the latter. 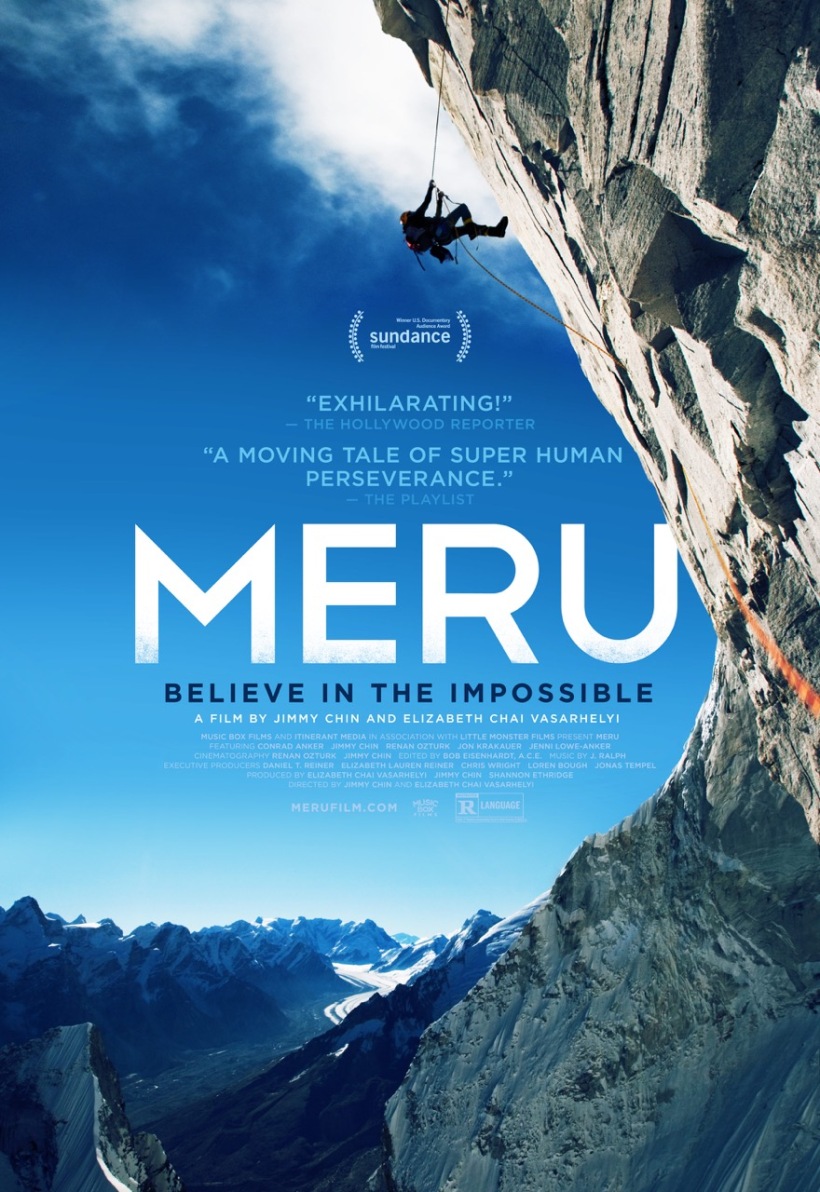 There are a few films that leave me feeling utterly inferior.  Some of them devastate me emotionally, some hammer me mentally until my brain is jelly, and some simply make me feel like less of a man just by watching them.  Meru is a prime example of the latter.

In September of 2011, climbers Conrad Anker, Jimmy Chin and Renan Ozturk, completed a never-before-climbed ascent of the daunting Shark’s Fin on Mt. Meru, in Northern India.  Starting in 2008 with their first attempt at the mountain, the documentary follows the three through their literal ups and downs as they attempt to achieve the unachievable.  Directed by Chin and his wife, Elizabeth “Chai” Vasarhelyi, the film is captivating, nerve-wracking, and utterly gorgeous.  I finished the movie in awe of the work, both physical and creative, that went into telling the rather remarkable story of these three climbers.

I don’t consider myself a slouch when it comes to outdoor adventures, or photography, or videography, but the way in which Chin combines these, elevates each to pure artistry in unimaginable conditions, leaves me envious.  I’m unashamed to say that I finished watching this film with my biggest man-crush since the early days of Bear Grylls, and want desperately to be best friends with Jimmy Chin.  The simple fact that there’s no way to keep up with the man is in no way dissuading me from this need.  There are few people who make me feel this inferior, but Chin does it with ease.  I have a name for these kind of people, I call them Richards, but I might need to start calling them Jimmys.

The film is essentially narrated by Jon Krakauer, author of “Into the Wild” and “Into Thin Air,” and is similar to many other mountaineering documentaries in terms of structure and tone, but what sets it apart for me is the sheer difficulty of what these climbers are able to accomplish.  There’s a visceral quality to the way the film is shot, largely on Go-Pros and DSLR’s, I’m guessing, that makes it very experiential, and captures the mountain, and their ascent, in a very relatable, human way.

The budget shows in many places, mostly in the visual effects used to represent parts of the climb that were unfilmable, but the storytelling is excellent, and the climbers relatable even in their extreme Jimmy-ness.  I can’t stop thinking about this film.  It makes me want to climb a mountain.

This is a text widget, which allows you to add text or HTML to your sidebar. You can use them to display text, links, images, HTML, or a combination of these. Edit them in the Widget section of the Customizer.
%d bloggers like this: